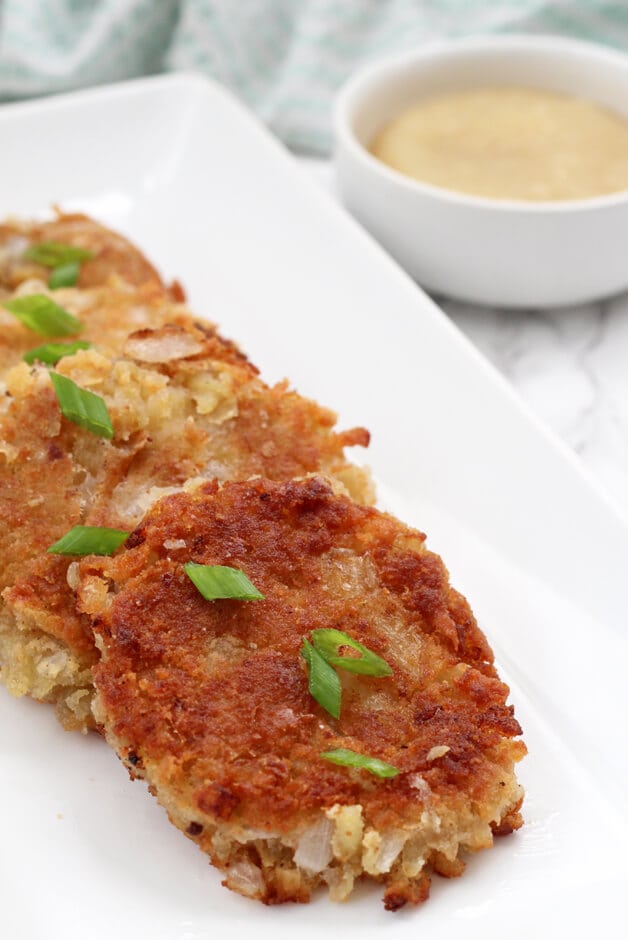 Happy Hanukkah, friends!! This holiday holds a lot of happy memories for me. I grew up celebrating both Christmas and Hanukkah… my dad was Catholic, and my mom was Jewish. As I grew up, I chose to become a Christian myself and don’t really celebrate Hanukkah anymore, but Jewish still blood runs deep through my veins. Today, I still love traditional Jewish cuisine and look back on it as some of my all-time favorite food! Matzo ball soup, challah bread, knishes, bagels and lox, and of course… latkes!

One of the most classic Hanukkah favorites that everyone loves is latkes. Latkes are potato pancakes that can be eaten as sweet with apple sauce, more savory with sour cream, and can often be made with ricotta cheese as well.

As I got older, latkes had become more and more problematic for me to enjoy. Latkes are made with white potato, flour, eggs, onion, and other seasonings, and not only was I gluten-free, but I later became nightshade-free which meant that potatoes were out. I haven’t even attempted latkes since I was a kid, but I really wanted to give it a try this year with these Sweet Potato Latkes that are Paleo, AIP, and Whole 30 Compliant!

I used white sweet potato here to make it feel even more like traditional latkes. You can easily use orange sweet potato.

These are the two flours that work for this recipe. Tapioca will also work in place of arrowroot starch.

Coconut oil adds more structure to the latkes themselves and is good for frying.

Latkes traditionally have an onion for added flavor.

These also help add more flavor to the latkes. You can omit the black pepper for AIP. 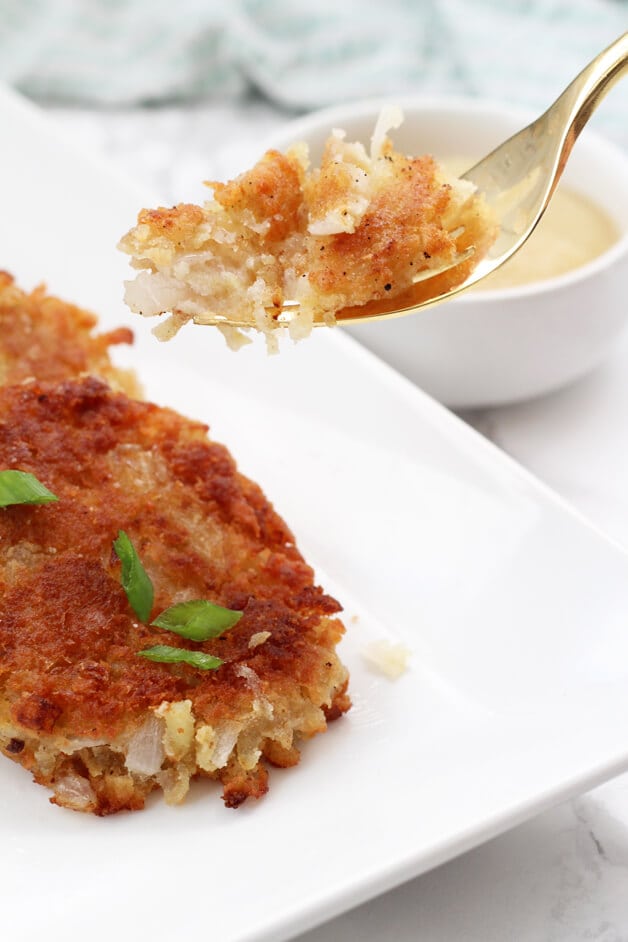 Nostalgic, easy, and delicious! They’re full of all of the flavors you love without the ingredients that you don’t. I was hesitant to make latkes without eggs, but they really worked!

Have a Happy Hanukkah!

2206shares
Thanks for subscribing! Please check your email for further instructions.