Few things say summer like a backyard BBQ, and one is never complete without a cool, rich potato salad. Back in my potato days, I was more of a potato chip gal, than potato salad. But seriously, if something is both creamy, and starchy, sign me up. After figuring out my nightshade intolerance, and realizing what a huge difference it made with my Hashimoto’s, I’ve gone years without having a potato salad. This summer, I’ve decided that wasn’t going to happen anymore and created an AIP Avocado “Potato” Salad.

So, why no Potatoes?

Potatoes seem fairly harmless. They don’t come anywhere close to the list of top 10 most common allergens, and they are a real food. So, what gives? Potatoes are a member of the nightshade family which all contain a compound called solanine which can be highly inflammatory to many people. Common symptoms and risk factors associated with nightshade intolerance include:

So, what are nightshade vegetables? Nightshades include:

Nightshades are avoided on the autoimmune protocol, and have been out of my diet for years. Truthfully, eliminating nightshades has been one of the things that I’ve done that has had the biggest impact on my health. Breaking my french fry addiction wasn’t easy, but there are indeed alternatives!

Why I love Parsnips

When it comes to sweet potato substitutions, I’m as much of a sweet potato fan as the next. Even though sweet potato seemed like a fine option for a nightshade free/AIP potato salad, I decided to go with parsnip instead.

Not only do parsnips make amazing fries (I have recipes for both avocado oil parsnip fries, and duck fat fries), but I feel like both the flavor and the consistency of parsnip is much closer to that of an actual potato than a sweet potato. Parsnips just aren’t that mainstream yet for some reason though. I swear, I’ve explained what the heck the “white carrots” are to every cashier in a 6 mile radius, and once had an especially long teaching with highschooler asking if they were Bok-Choy. I’ve even gone as far as to memorize the code at Sprouts as to make the parsnip process easier. So, I guess you can say I’m #teamparsnips and take them pretty seriously. So, I guess this is more of a parsnip salad, but shh, don’t tell and your guests likely won’t even notice. 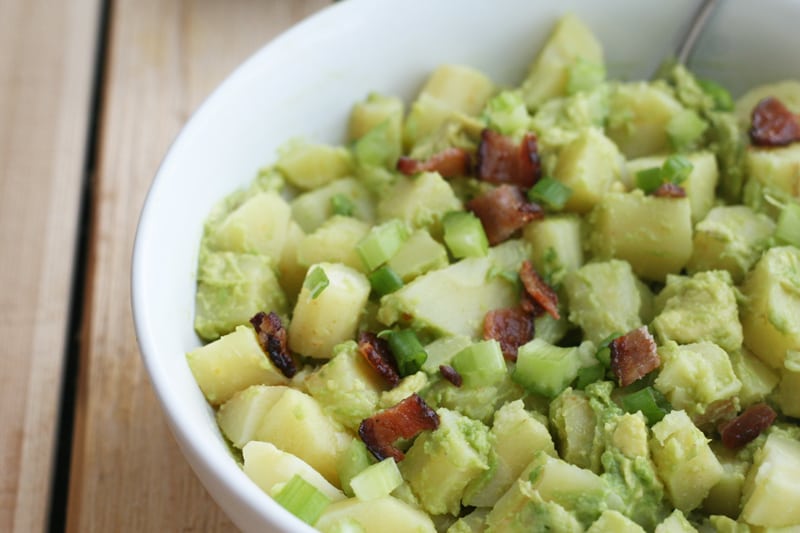 I also added bacon to this potato salad, because who doesn’t love bacon? It gives the potato salad a savory flavor and that much more crunch. I would add bacon to just about everything if I could… avocado too, really. 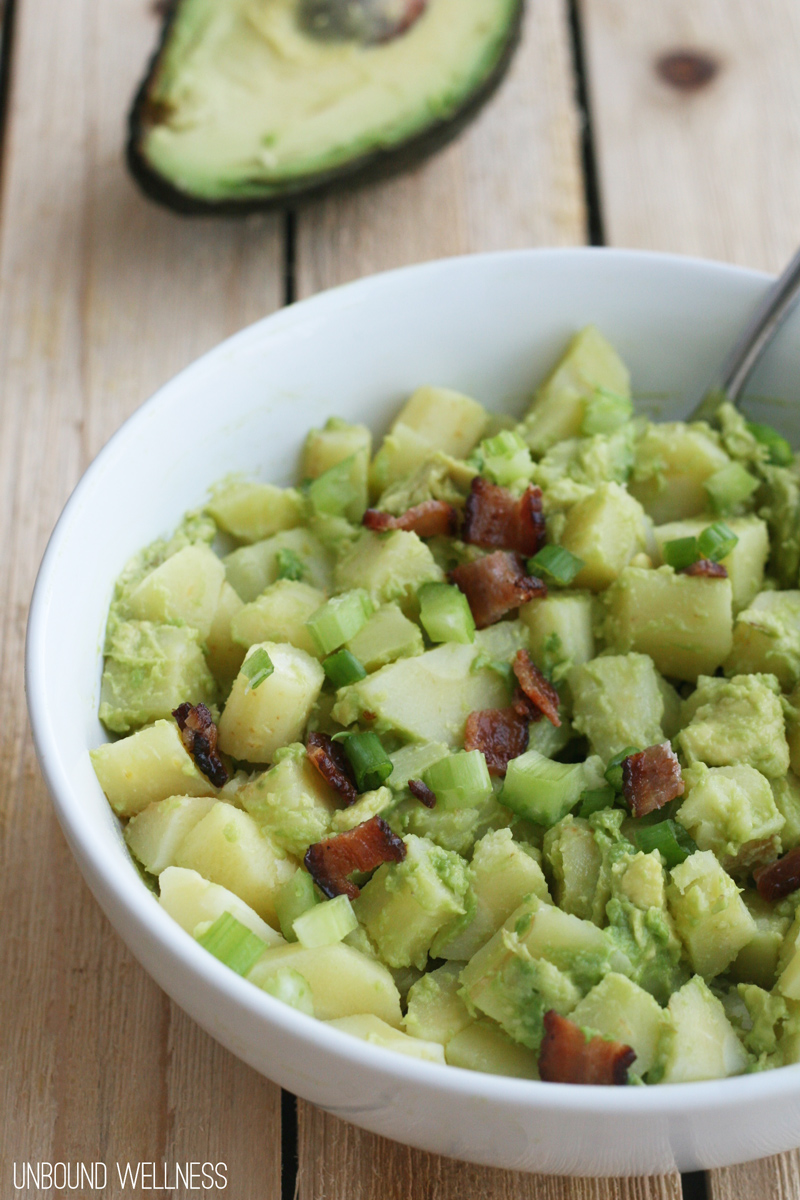 290 shares
Thanks for subscribing! Please check your email for further instructions.