I don’t feel like I grew up around a lot of people eating sweet potatoes. These days, sweet potato fries are everywhere. They’re trendy, they’re tasty, and they’re a great alternative to white potatoes which are harmful (to many) nightshades. Nightshades definitely aren’t allowed on the autoimmune protocol, and I found myself not eating them way before I ever even heard of the AIP. Whether you’re following a Paleo template, AIP, Whole 30, or are just eating real food, you can probably relate to me when I say that I eat a lot of sweet potatoes. I welcome these versatile tubers with open arms, but sometimes just throwing them in the oven can get a little old. We all need new recipes every so often!

Luckily, there are a ton of ways to reinvent sweet potatoes on the autoimmune protocol. I rounded up my favorite Paleo AIP sweet potato recipes from my favorite bloggers. Enjoy this fun recipe roundup of Autoimmune Paleo Sweet Potato Recipes! 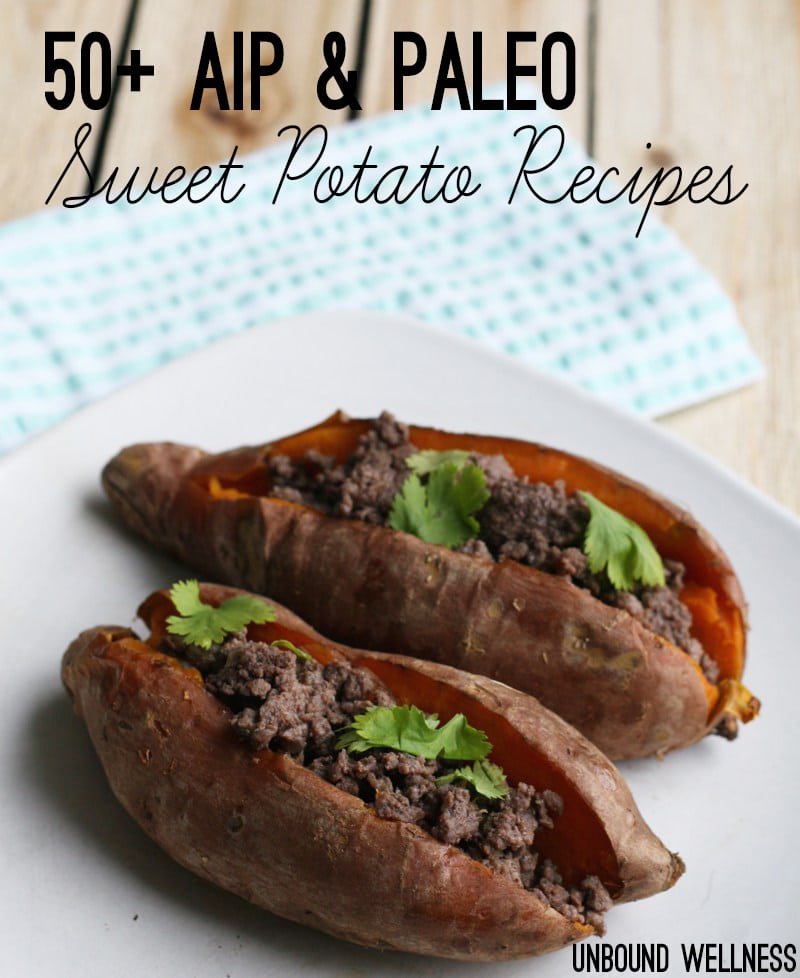 Breakfast Skillet (with sweet potatoes, of course) by Autoimmune Paleo

Lox and Everything Sweet Potatoes by Grazed and Enthused

Sweet Potato, Apple and Pancetta Hash by Gutsy by Nature

Pull-apart Sweet Potato Fries by Make the Best of Everything

Easy Baked Sweet Potato Chips by Paleo on a Dime

Sweet Potato Spaghetti by Healthy Living How To

Sweet Potato, Artichoke and Bacon Soup by A Clean Plate

Stuffed Sweet Potato Skins by a Squirrel in the Kitchen

Succulent Stuffed Sweet Potatoes by Beyond the Bite

Sweet Potatoes and Marshmallows by Enjoying this Journey

Sweet Potato Raisin Scones by Cook it up Paleo

I hope this AIP sweet potato recipe round up gives you tons of ideas! Special thanks to all of the wonderful bloggers who created these sweet, masterpieces.

450shares
Thanks for subscribing! Please check your email for further instructions.