This paleo Thanksgiving Cornbread Stuffing is made with a corn-free cornbread, and all of the classic stuffing ingredients that you know and love! It’s paleo, AIP, grain free, and perfect for the holidays. 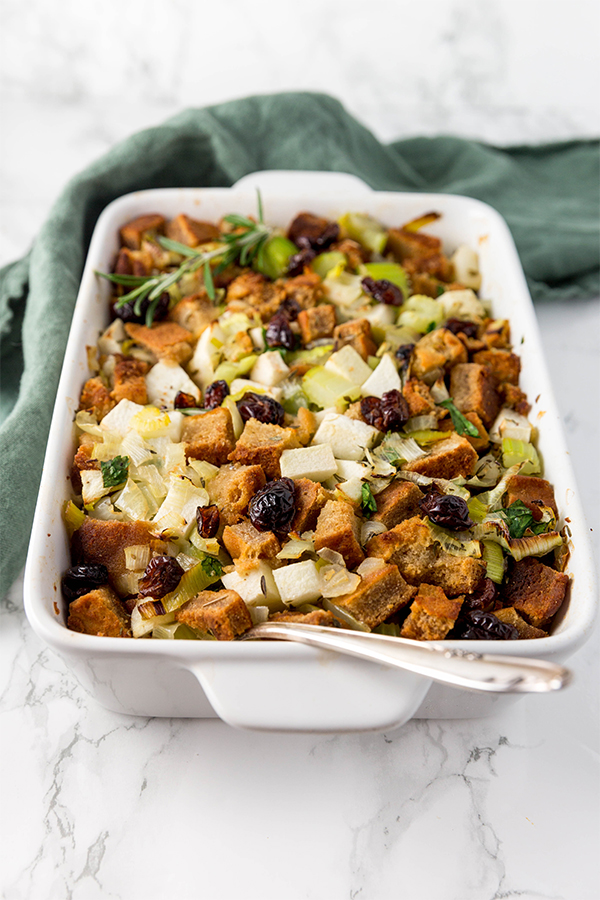 When I asked some of my readers what they wanted to see for Thanksgiving, everyone unanimously said stuffing! Stuffing is one of those Thanksgiving staples that you just can’t really miss. Traditionally it’s made with bread, which just isn’t happening for a paleo, AIP, or grain-free diet. There are plenty of recipes out there for stuffing with just vegetables, which I’m totally game for and have shared myself. However, what about when you’re just really craving that classic comfort food? That’s why I made this Paleo Thanksgiving Cornbread Stuffing! It’s paleo, AIP, grain free, and just like the real thing.

Really, the only the only thing that’s different in this stuffing is that there isn’t any butter, and the cornbread is grain free… that’s it! Other than that, it’s just like a traditional stuffing. It’s the kind of thing where you can potentially fool Thanksgiving guests! 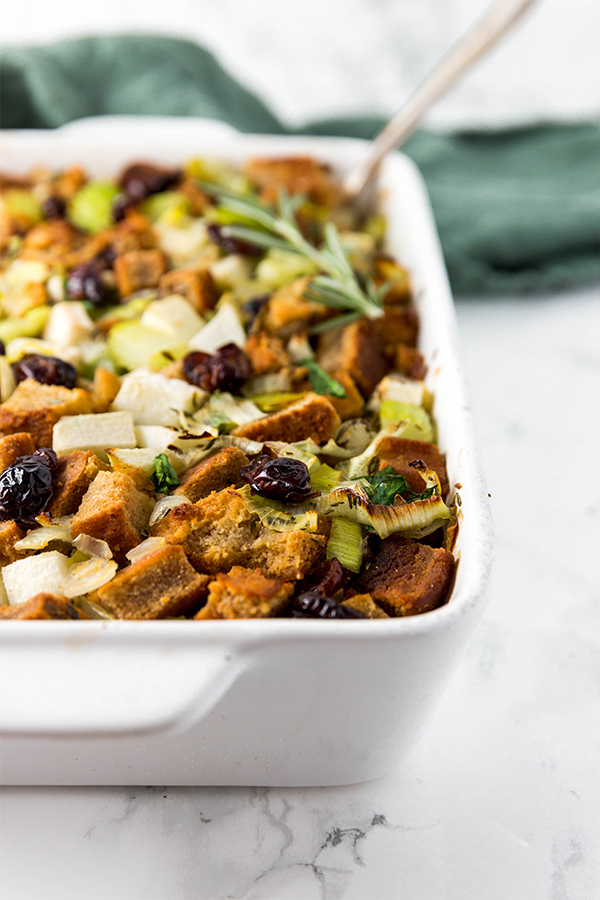 The Ingredients You’ll Need For the Paleo Cornbread Stuffing

Okay, how in the world does this work?! I have a recipe for paleo/AIP cornbread here that is made without any corn! YES!

Celery and onion are classic stuffing ingredients, and I think the leeks added a little something extra.

It’s currently #UWCranberryWeek so I had to get the cranberries in there! These both add some tart, sweetness.

I had to hold back writing the rest of the lyrics to the Simon and Garfunkel song. Yes, there’s a reason they put all of those together in a song… they just go together!

This paleo “corn”bread stuffing is the real deal!

This stuffing is best fresh. If you need to make it ahead and reheat it, place it back in the oven for 5-10 minutes. 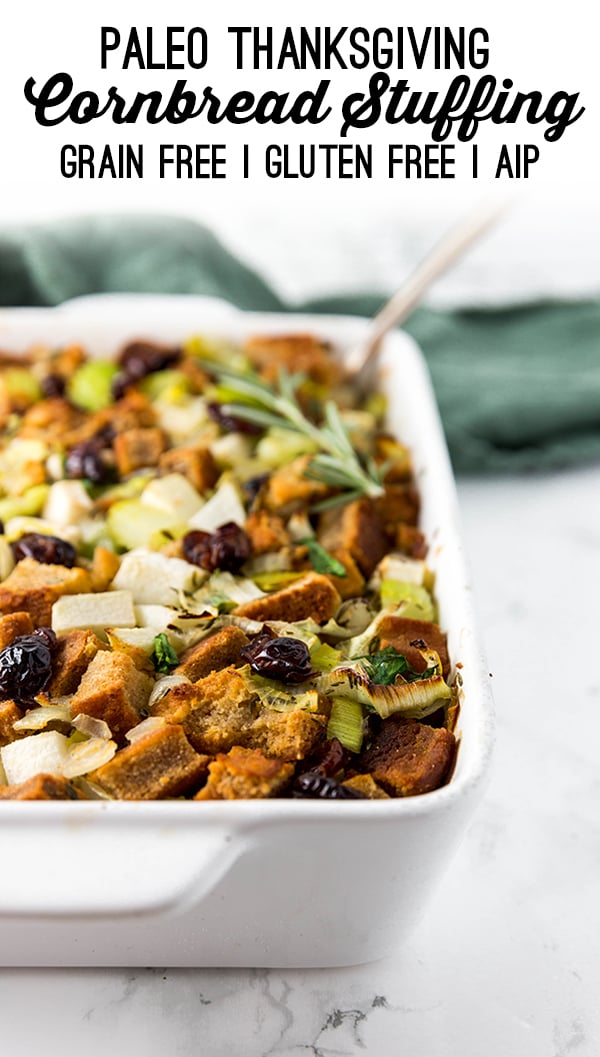 2057shares
Thanks for subscribing! Please check your email for further instructions.