This slow cooker turmeric chicken curry is an easy weeknight meal that’s packed with veggies, protein, and nutrients! It’s paleo, gluten-free, and can be made AIP. 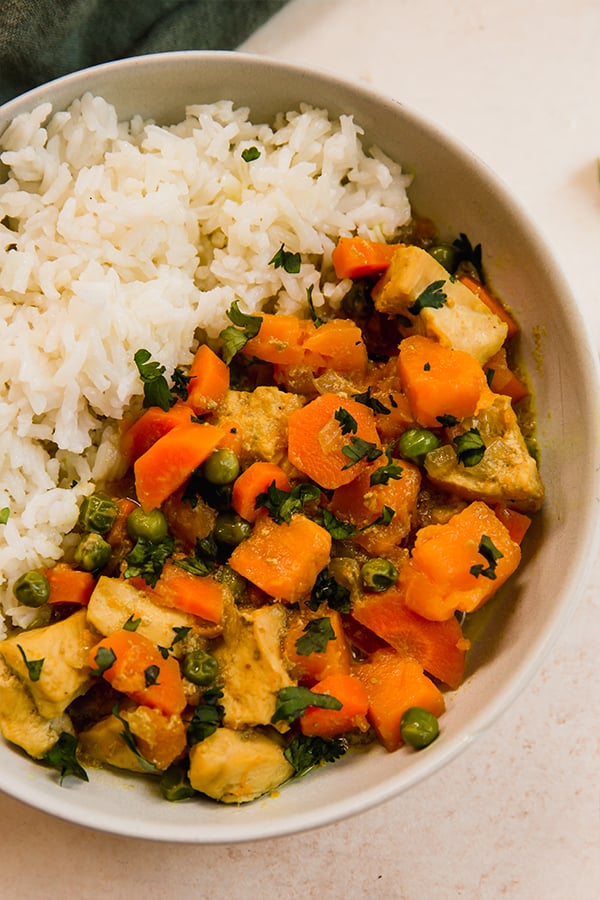 Who doesn’t love a slow cooker meal on a busy evening? Even as someone who loves cooking, sometimes I just want to add everything to a slow cooker and let it do the work for me. That’s exactly what this recipe does! It doesn’t require any pre-cooking or fancy steps. Simply chop and add to the slow cooker for the perfect meal that’s filled with flavor, protein, and lots of vegetables and nutrients! It’s made with lots of vegetables as well as turmeric and ginger for a big nutrient boost that your body will thank you for. 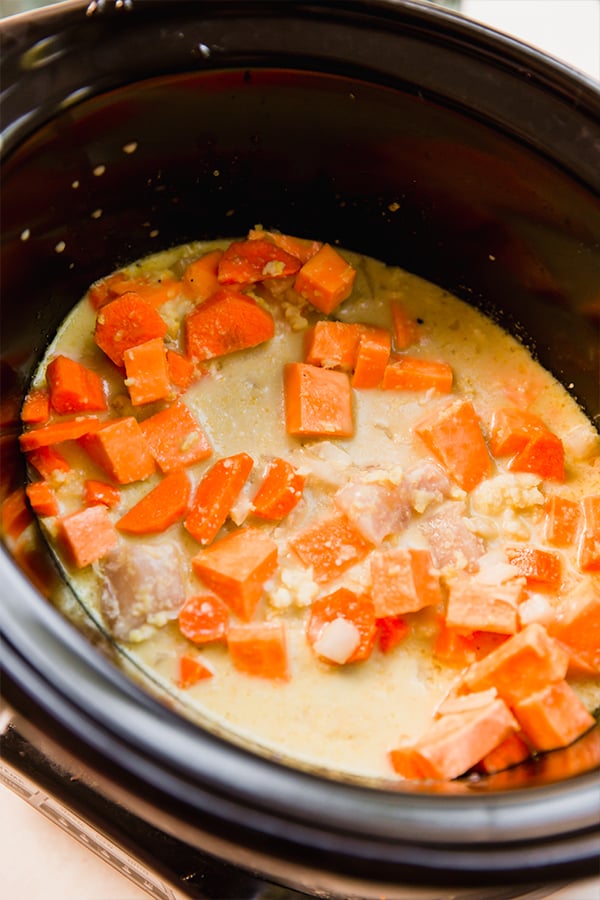 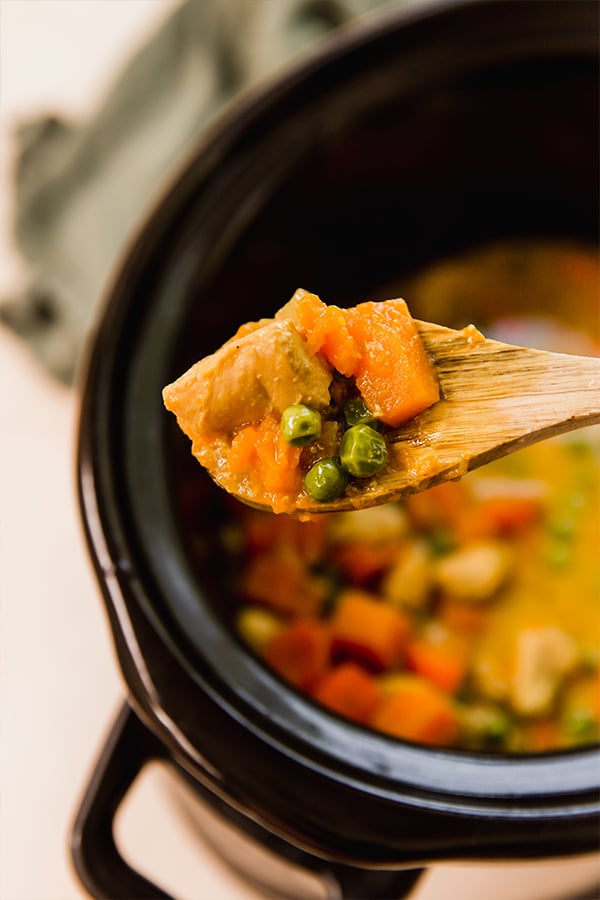 Can you make this recipe in the instant pot instead?

Can you cook the recipe on low instead of high?

You can cook the recipe on low for 6-8 hours, but I find the vegetables are cooked more evenly when cooked on high.

What do you serve this slow cooker turmeric chicken curry with? 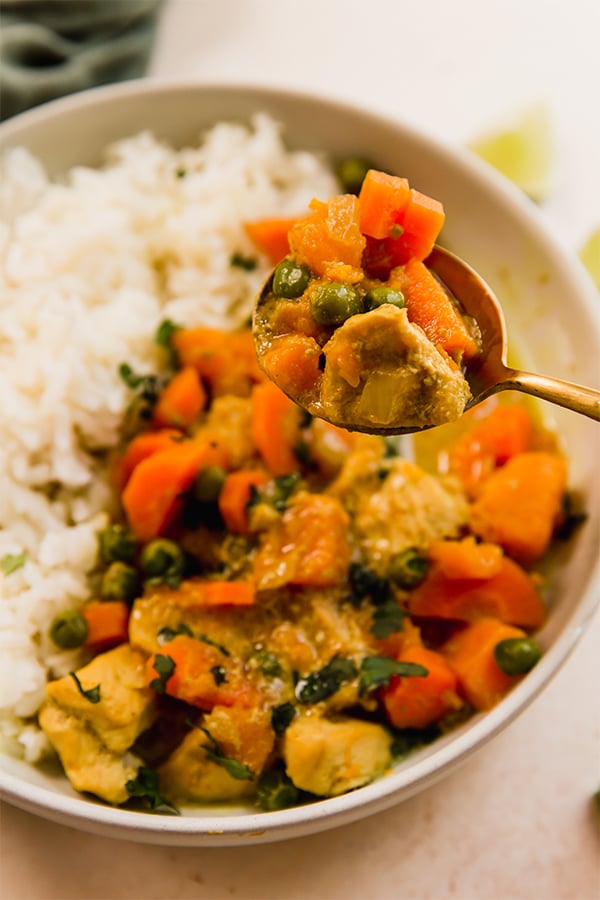 As an optional ingredient, you can add 1-3 tsp yellow curry paste to this recipe. I keep it nightshade free with just the turmeric, but curry paste would be a great addition!

If you’re omitting the peas for AIP, swap out chopped kale instead!

226 shares
Thanks for subscribing! Please check your email for further instructions.