The Ultimate Guide to Tigernut Flour

When I first started seeing tigernut flour used in recipes, I was straight up confused. What the heck is a tigernut? Where does it even come from? Is it a nut? Where do I buy it? My bewilderment held me back from even trying it for months. I decided to take a chance and it completely changed the way that I bake! I know that you may have a lot of questions about Tigernut Flour too, which is why I decided to share The Ultimate Guide to Tigernut Flour!

The Ultimate Guide to Tigernut Flour

First, what is a Tigernut? Is it a nut?

Tigernuts actually aren’t nuts! They look like nuts, they kind of taste like nuts, but they’re not nuts. It sounds counterintuitive, but think of water chestnuts… those aren’t nuts either, right?

Tigernuts are actually a small root vegetable that originated in Africa. They come from the Cyperus esculentus plant and have been harvested for centuries! Yes, a legit paleo ingredient.

They’re totally gluten free, nut free, grain free, and tigernut flour is wonderful alternative for those who are following protocols like a paleo diet or autoimmune protocol. If you live in a house with lots of allergies and intolerances, it’s a great option.

What can you make from tigernuts?

Similar to how creative everyone has been getting with nuts, you can get very creative with tigernuts. You can get raw or slivered tigerntus by themselves to make things like tigernut granola, tigernut butter, or tigernut milk (which is delicious), or you can buy tigernut flour to make baked goods, which is our main focus here.

Where do you buy tigernuts and tigernut flour?

Generally speaking, a lot of tigernut based products can be found in health food stores and online. Availability always varies by location, so I would double check with a store locater before you hike out to a health food store near you, but when all else fails, the internet always comes through for us.

More and more brands are popping up for tigernut based ingredients, but here are some of my favorites and where you can by them…

What can you make with tigernut flour?

Tigernuts themselves are incredibly versatile, as is tigernut flour. It’s quickly become my favorite flour for baking sweet baked goods, and I use it often. I wouldn’t necessarily use tigernut flour is a more savory recipe like 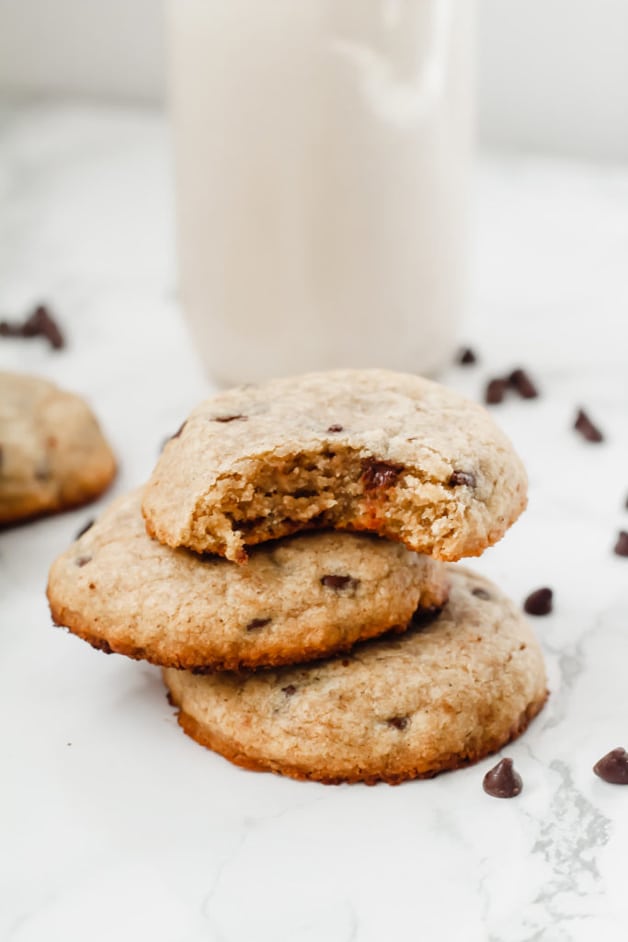 Why use tigernut flour over coconut flour, almond flour or cassava flour?

There’s no definitive answer to this, because different baking flours are all different. No one flour is better than the other, it’s just personal preference.

However, the positives to tigernut flour are that it’s lower in hard to digest fiber like coconut flour, less starchy than cassava flour, and unlike almond flour, it’s actually nut free. As someone who works with a lot of people with gut issues, I find that they have less issues with tigernut flour than the other flours above. Of course everyone is different, but that’s generally what I see.

Tigernut flour is similar to almond flour. It’s slightly nutty tasting, and has a nutty texture.

Honestly, every recipe is different. It’s hard to swap grain free flours 1:1 as the amounts are so dependent on the other ingredients in the recipe. However, almond flour is your best bet.

Tips For Baking With Tigernut Flour…

41 comments on “The Ultimate Guide to Tigernut Flour”

772shares
Thanks for subscribing! Please check your email for further instructions.