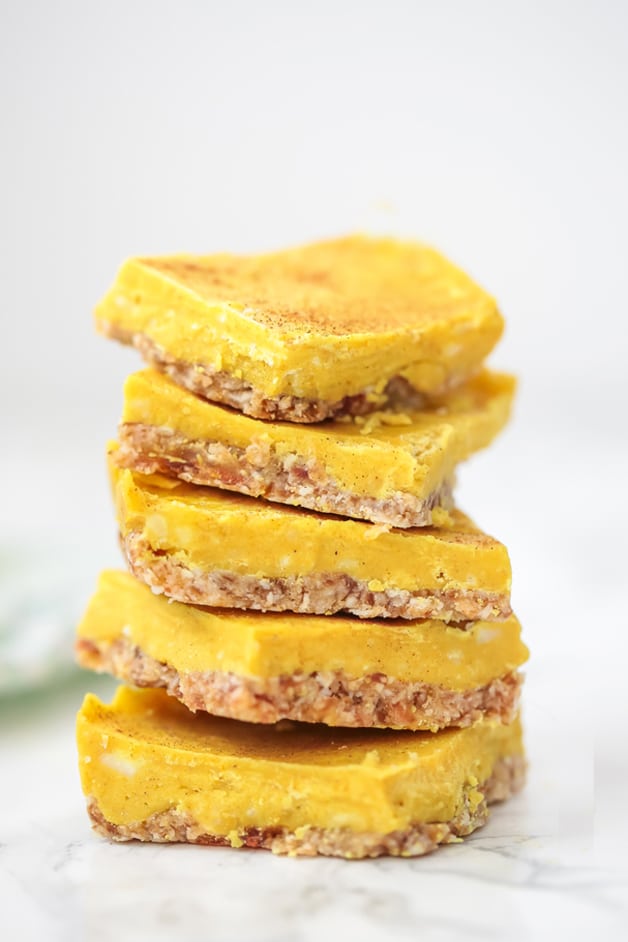 . Turmeric is known for it’s anti-inflammatory properties, which is what makes it so popular in the autoimmune community. However, sneaking more turmeric into your diet is a plus regardless of your health status! We live in such an inflammatory environment in our modern world, that we could all use some natural, drug free ways to get in some nutrient density and anti inflammatory love. And what better way to do it than with a snack bar?

Why I Love These Turmeric Bars…

Turmeric has been used for thousands of years as a completely natural healing spice. You’ll find more this article about how it can be helpful in arthritis management, skin conditions, and more.

Coconut butter and coconut oil to keep you satisfied!

They’re sweetened with dates and a bit of honey.

Grain-free recipes with crusts can be harder to come by, but are that much more amazing! 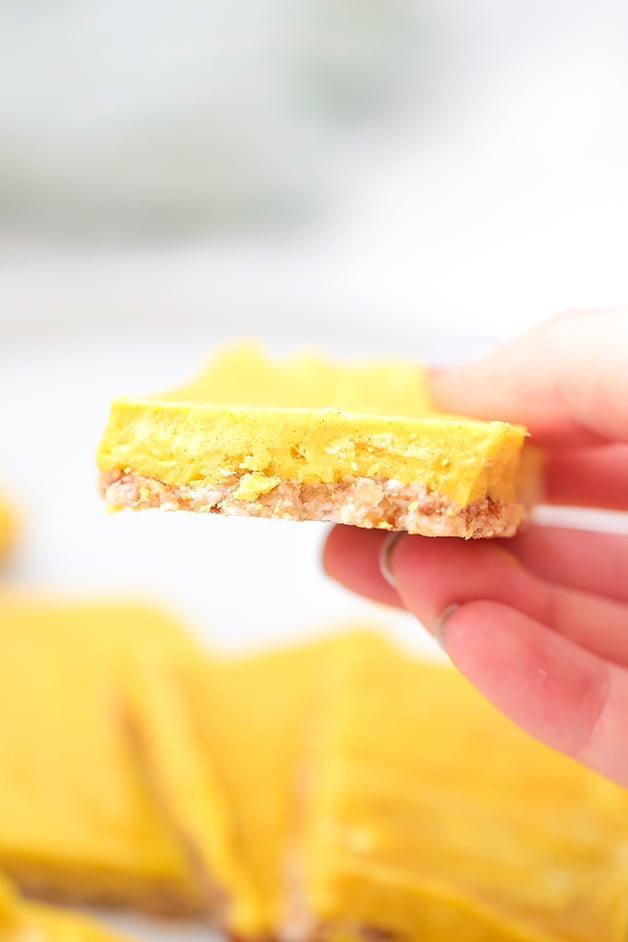 The Main Ingredients for The Turmeric Bars…

This is different from coconut oil. You can find this online or in stores near the nut butter. It’s also called coconut cream concentrate or coconut mana.

This is in both the crust and the filling.

Black pepper increases the bioavailabity of turmeric, however just omit it if you’re AIP.

These are the main ingredients in the crust. 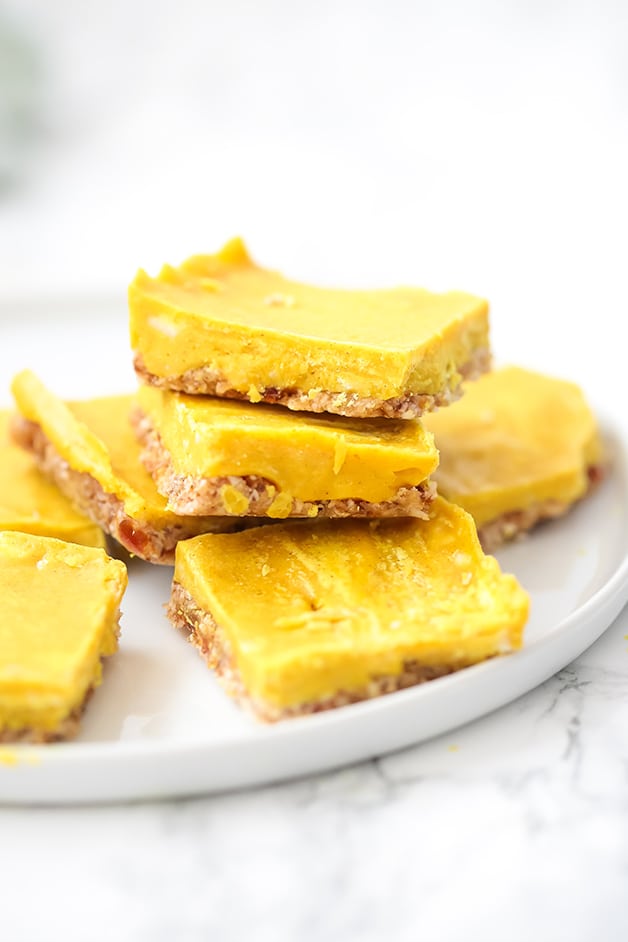 15894 shares
Thanks for subscribing! Please check your email for further instructions.