This paleo green bean casserole is the real deal! It’s made with homemade cream of mushroom soup, french fried onions, and is free of grains and dairy!

You didn’t think I could let Thanksgiving go by without sharing a green bean casserole recipe, right? Not a chance! I never even had green bean casserole until I was in my 20’s and technically gluten free, but would splurge on the holidays. And oh man… what a tasty splurge it was. The creamy and flavorful mushroom soup, the tender green beans, the crispy french fried onions… woah.

Paleo green bean casserole from scratch requires a bit of extra work, but Thanksgiving is the time to do it! You’re not able to just buy a can of crispy fried onions off of the shelf, or a carton of cream of mushroom soup, but these things are so good on their own that you seriously will wonder why you haven’t been making this from scratch all along! 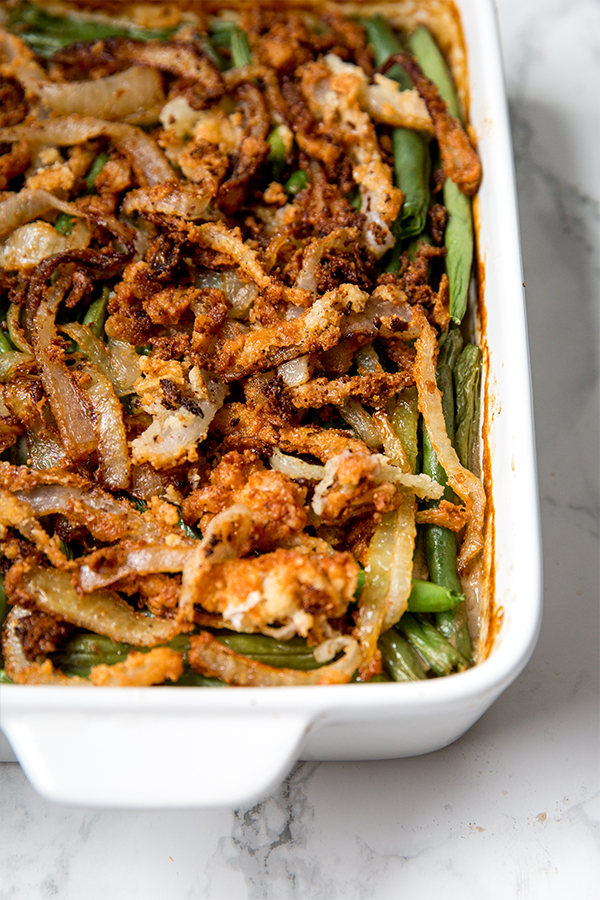 The Ingredients You’ll Need For the Green Bean Casserole

These are the main ingredients for the cream of mushroom soup. This soup is tasty enough to eat on its own, but for this recipe, we’re using it as the base for the casserole. If you want to save time on Thanksgiving day, you can easily just make this the night before.

These are the ingredients to make the fried onions. I haven’t tried to make these with other flour combinations and can’t recommend any substitutions.

Of course! You can save time by buying pre-trimmed green beans, but overall green beans are fairly low maintenance. 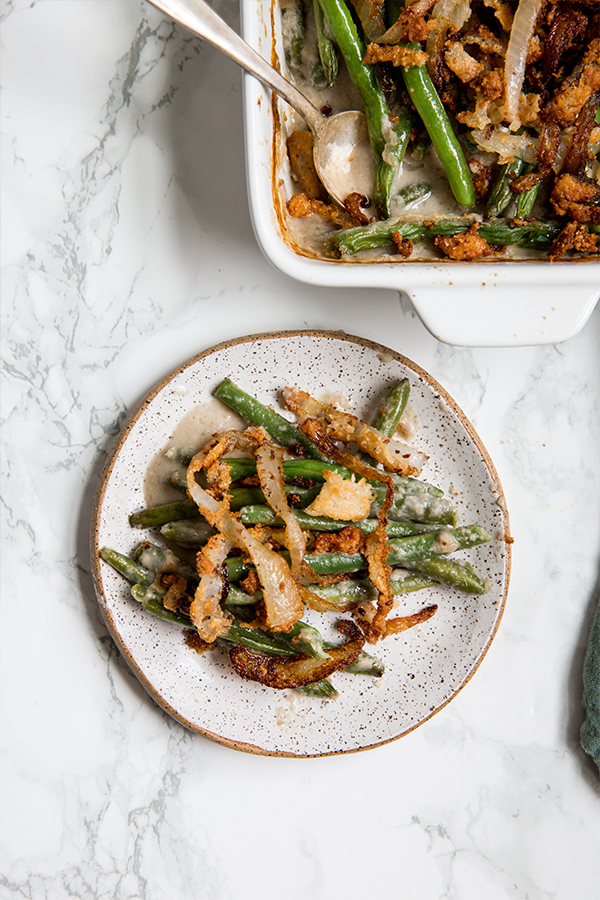 For the cream of mushroom soup

For the green bean casserole

For the fried onions

For the cream of mushroom soup

For the green bean casserole

For the fried onions 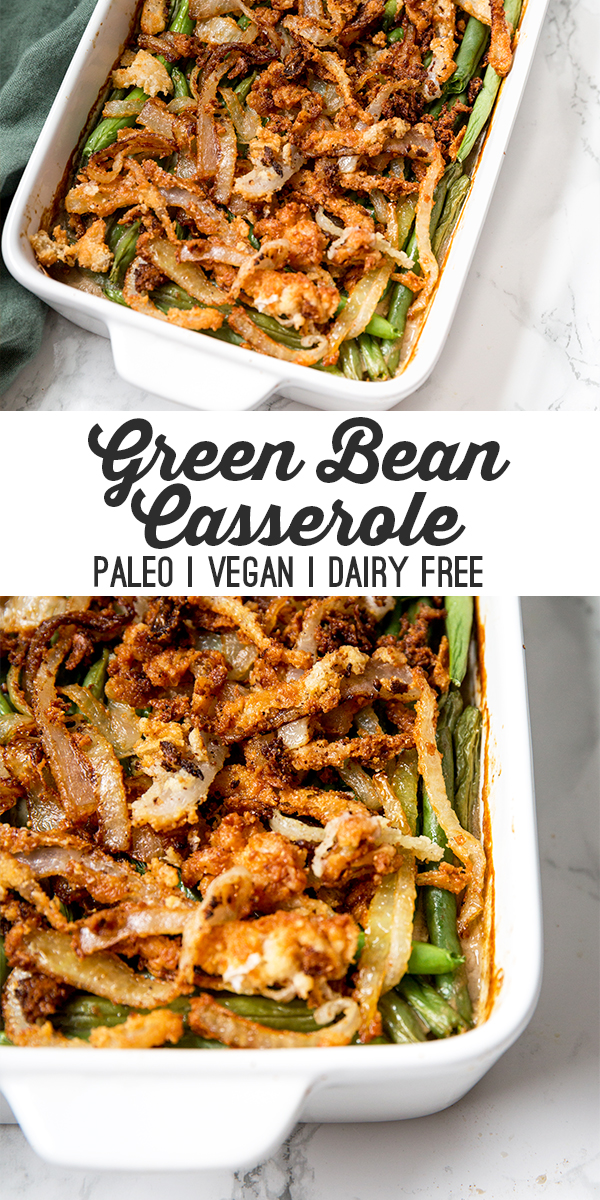 4869shares
Thanks for subscribing! Please check your email for further instructions.