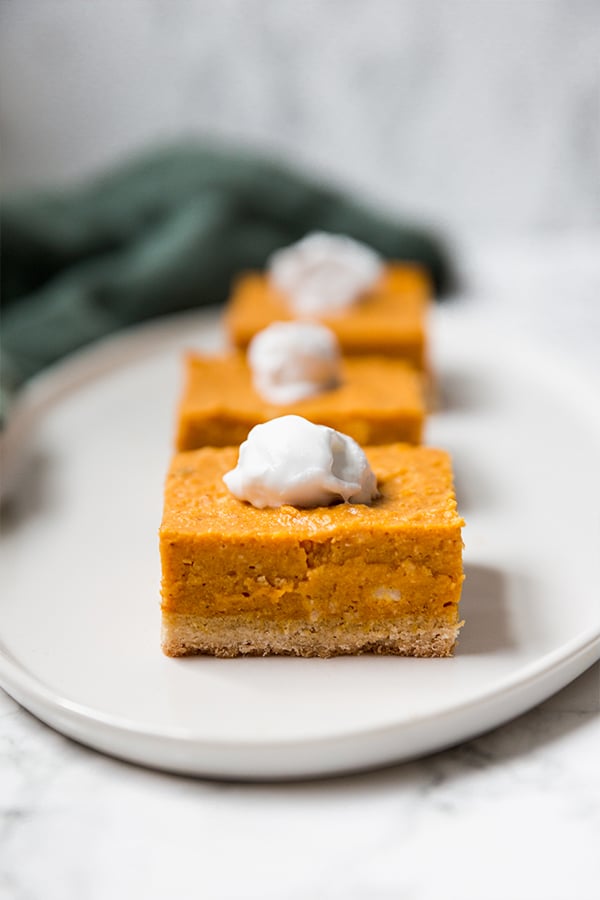 Pumpkin pie is such a Thanksgiving must. I ate pumpkin pie every single Thanksgiving for as far back as I can remember. I would put cool whip topping on it and would instantly be in heaven. My dad and I would both keep eating the pie until it was gone, and it rarely lasted more than 24 hours after Thanksgiving. So what I’m trying to say is… I really like pumpkin pie.

The first time that I didn’t have pumpkin pie at Thanksgiving was when I first went paleo and AIP. Even though I love to cook and bake, I actually really dislike using pie pans and making my own pie crust. I just focused on making everything else and had to sit one out that year… and the next year… and the next. Not this year. No sir. Not with these paleo and AIP pumpkin pie bars!

Honestly, why didn’t I think of this before? Why mess with a pie pan and form a perfectly shaped crust when you can just make bars and get all of the same flavors? It’s much easier, much faster, and it tastes just as delicious! 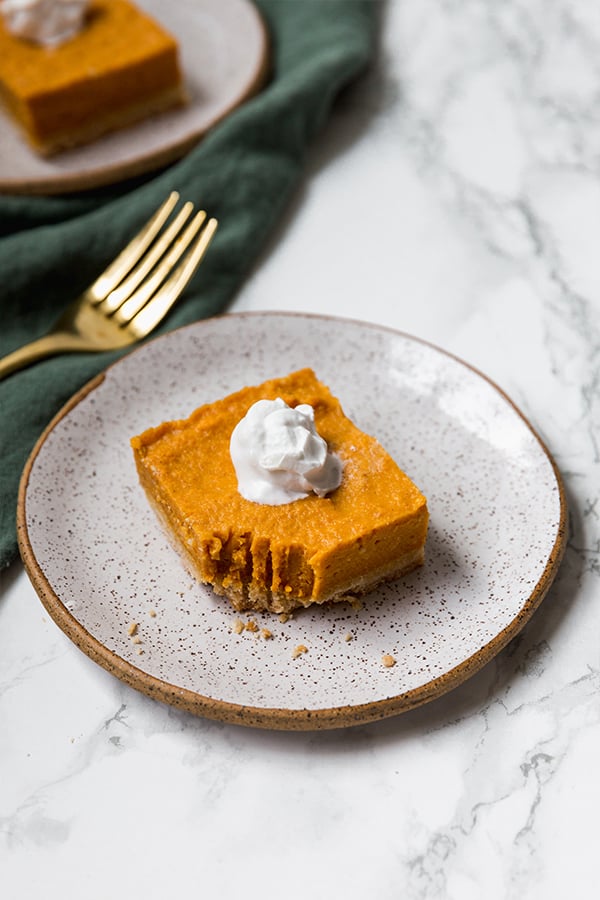 The Ingredients You’ll Need for the Pumpkin Pie Bars

These are the ingredient that you need for the crust. The coconut flour and arrowroot together help create kind of a graham cracker crust texture. It’s not too heavy like cassava flour would be, but it’s also not overly crumbly. You can likely swap arrowroot for tapioca, but overall this recipe just isn’t one that conducive to being made coconut free so I would not swap the coconut flour.

The gelatin helps as a binder, and collagen cannot be used as a substitute. I use the green can of Vital Proteins as my gelatin source. You’ll also need this for the gelatin egg in the filling.

For the sweetener, I think maple adds to the overall flavor of the pie but you can also use honey in either the crust or the filling.

The coconut cream can be purchased by itself, or you can just place a can of full-fat coconut cream in the fridge overnight and use the hardened cream on top. 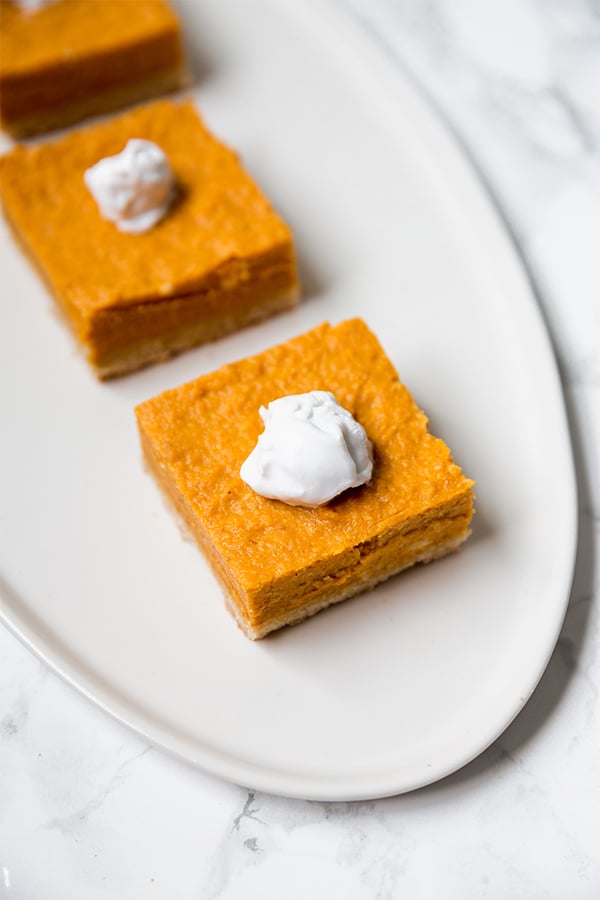 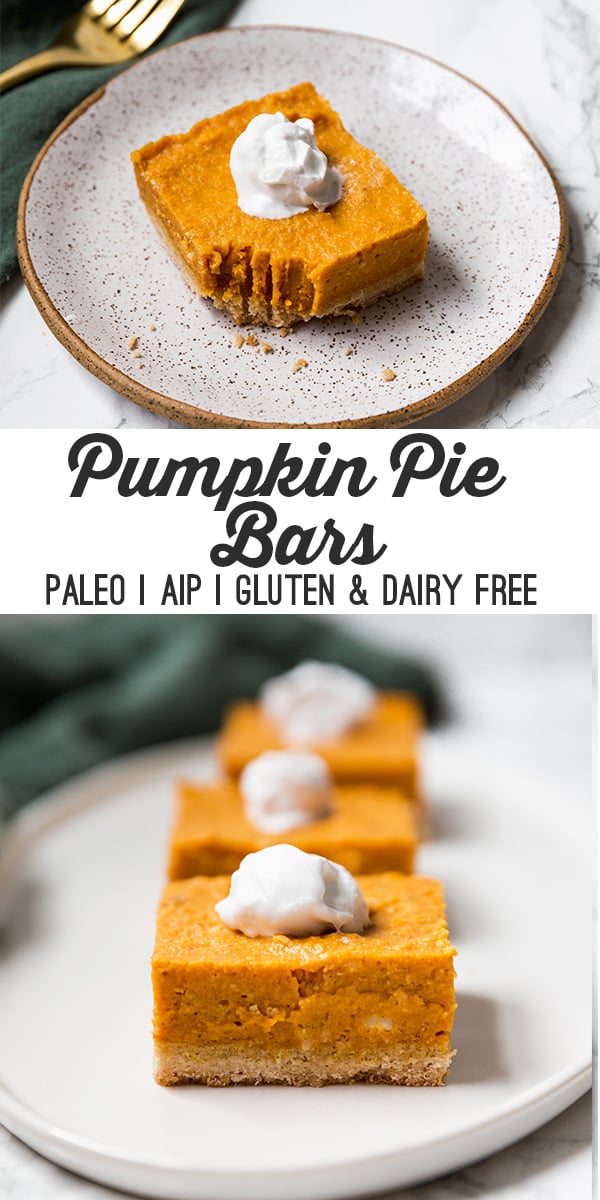 23638 shares
Thanks for subscribing! Please check your email for further instructions.